New Version! SftTree/OCX 7.5 has been released.

SftTree/OCX is an ActiveX tree control for Windows. It offers easy to implement multi-line, multi-column, hierarchical data displays. No matter how sophisticated your application, SftTree/OCX will deliver! SftTree/OCX can be used with most popular ActiveX (OCX) control containers, such as Visual Basic, .NET, Visual Studio .NET, Delphi, Visual C++, Access and many more. It includes 32-bit and 64-bit ActiveX controls with support for Windows 2000 through Windows 10.

Find out about all the new features in this release! Download the SftTree/OCX 7.0 demo (see Free 30 Day Trial on right side of this page) and evaluate the product for 30 days. 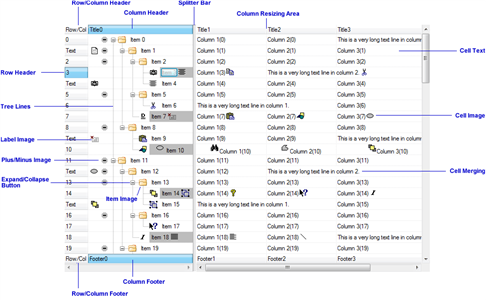 SftTree/OCX is an ActiveX (OCX) control for the Windows operating system. Some of SftTree/OCX's features include the following:

Use this ActiveX control with all popular languages, such as .NET, VB.NET, C#, Visual C++, Visual Basic 6, Delphi, Access and many more... 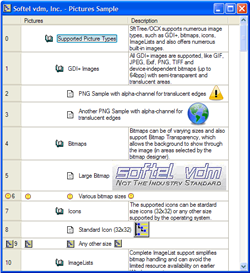 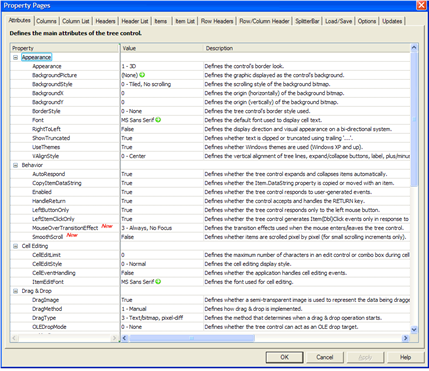 Displaying multiple columns of data is a snap with SftTree/OCX. You don't have to worry about text alignment (how about those numbers?). Just tell SftTree/OCX the desired alignment for each column or cell, and move on to more important things. And, your users can even resize the columns so your application doesn't have to worry about the width of the columns. If a user wants to make a column wider, SftTree/OCX will do the work, and your job is done.

Cells can be edited under program control, using most Windows controls and ActiveX controls. Using SftTree/OCX's built-in methods, your application can control cell editing and SftTree/OCX even notifies your application when data being entered should be validated. An application can easily implement "cell motion" allowing the tree control to function as a simple grid control.

SftTree/OCX is not only very easy to use, it also includes a comprehensive documentation. And, SftTree/OCX is also backed by our technical support by telephone and email. Product support requires a current annual support subscription (the first year is included in the product's purchase price).

You also get complete help integration of the product's help into Visual Studio .NET, along with DynamicHelp and IntelliSense help (certain Visual Studio versions).