Could not load file or assembly 'Softelvdm.Controls, Version=1.0.0.nn, Culture=neutral, PublicKeyToken=...
or
Found conflicts between different versions of the same dependent assembly.

SftTree/NET and SftTabs/NET use the same, shared base framework assembly (Softelvdm.Controls.dll). Because both products include this assembly, they could potentially use different versions of the assembly Softelvdm.Controls.dll. On your development system, this is not a problem as our products include policy files which cause the latest installed version to be used for both products.

However, your deployed applications will receive the following error message, if there is a version mismatch:

Even at compile-time (on your development system) you will receive a warning message, which is often missed.

Once the warning is identified, the problem is easily corrected:

Make sure your Error List window is visible (using the menu command View > Error List) and make sure all the warnings are visible (click on the Warnings button if necessary). 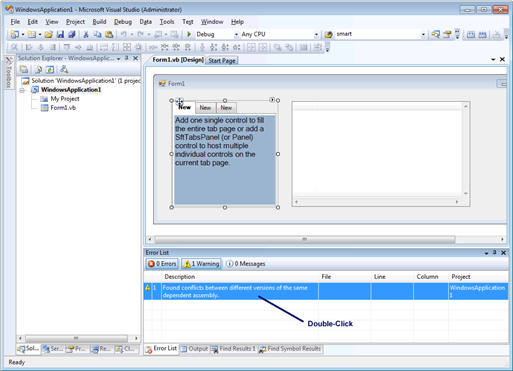 Once you have located the warning, double-click on it to correct the problem automatically, which will display the following dialog:

Your App.Config file has now been updated to use the latest version of the assembly Softelvdm.Controls.dll for both products and your application can now be deployed successfully. 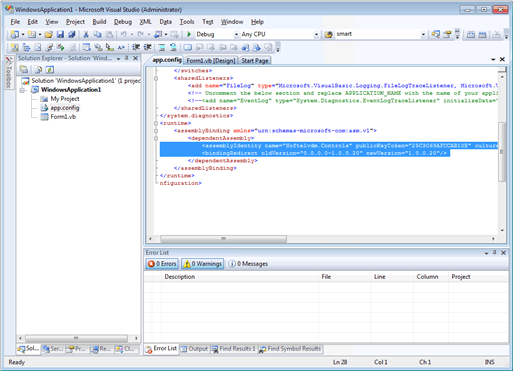