All interfaces offered by SftTree/OCX, such as ISftTree, ISftTreeItem, etc. are implemented as dual interfaces. Using vtable binding is significantly more efficient than using the IDispatch interface. The approach presented here relies on the #import preprocessor directive available in Visual C++.

Adding SftTree/OCX To A Project 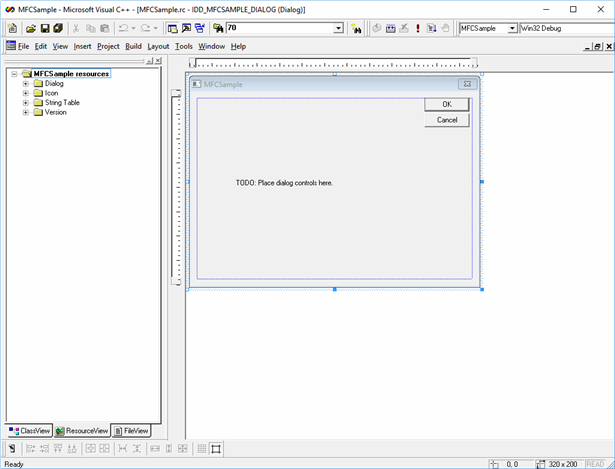 ActiveX controls are easily added to a dialog by right-clicking on the dialog.

From the displayed popup menu, select Insert ActiveX Control..., which will display the following dialog: 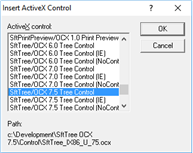 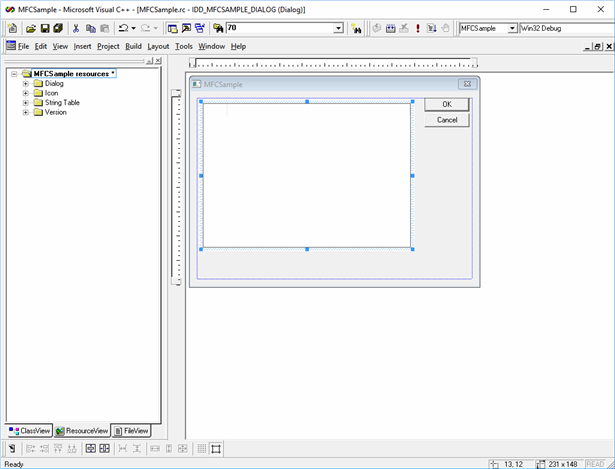 Resize the control to a suitable size.

Member variables for the control can be added using ClassWizard, or simply by adding the required definitions to your dialog implementation.

Add a variable for the control to your dialog's header file. The control class is always CWnd:

Add a DDX_Control entry to your dialog's DoDataExchange function. Make sure the ID used matches the ID used in the dialog resource (IDC_SFTTREE in this example).

Click on the control, then invoke ClassWizard using the menu command View, ClassWizard... The Message Maps tab shows all events supported by SftTree/OCX. 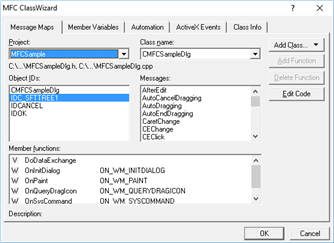 Click on the Member Variables tab and then on the Add Variable... button of the displayed page. 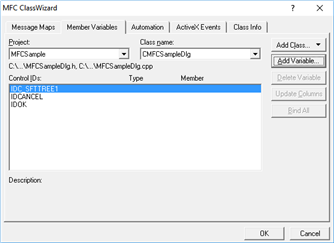 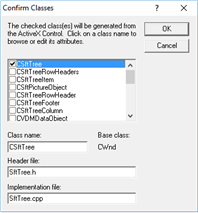 Finally, you will be prompted for the member variable name. Enter m_Tree1. 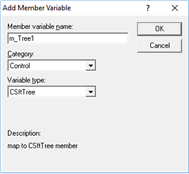 Because the generated wrapper classes are not used, #import statements have to be added to Stdafx.h. The #import directive makes all interfaces and the associated methods and properties available to the application.

SftTree/OCX controls are installed in the Windows System(32) directory.

Which style is used depends on your preference. Both styles are identical in functionality but some styles are easier to use. For example, the Enabled property can be set using any of the following styles:

For more information on smart pointers such as ISftTreePtr used above, please see the Visual C++ product documentation.

All required steps have now been completed to use SftTree/OCX.

Add the following sample code to initialize the control in the OnInitDialog member function of the dialog:

You can run the sample application and it displays a SftTree/OCX control with three items.

Please note that you can right-click on a property in a Property Dialog or double-click on the description of a property to access its complete help information.

This control has many properties and methods which you can use. This is a very simple example and doesn't even begin to exploit the capabilities of this control. Please take a moment to familiarize yourself with the objects offered by the SftTree/OCX control. Each object represents a specific area of the control and can be fully customized. Also make sure to run the demo which is included with this product and take a look at the included samples.

Applications written using C/C++ have direct access to Windows APIs and generally can manipulate bitmaps, icons and metafiles using Windows handles. ActiveX controls manipulate all pictures using the OLE Picture object represented by the IPicture and IPictureDisp interfaces. SftTree/OCX has full support for Windows handles and OLE Picture objects, so a C/C++ application can use its preferred picture representation. In addition, SftTree/OCX also support GDI+, so an application can use GDI+ images directly using properties and methods such as SftPictureObject.Image as SftPictureObject.LoadImage.

Most properties and methods have forms which directly accept (bitmap) handles as parameters.

The SftTreeCell.Image property (for example) can be used as follows:

OLE Picture objects can be created using Windows API functions, such as OleCreatePictureIndirect.

The SftTreeCell.Font property (for example) can be used as follows:

The valid range for a color value is 0 to 16,777,215 (0xffffff). The high order byte of a number in this range equals 0; the lower 3 bytes, from least to most significant byte, determine the amount of red, green, and blue, respectively. The red, green, and blue components are each represented by a number between 0 and 255 (0xff). If the high byte is not 0, the system colors as defined in Control Panel's settings are used. The Windows API GetSysColor defines all valid constants. Please see your development environment's documentation for applicable color constants.